Whereas metal bellows or rubber expansion joints will impose substantial anchor loads due to the effects of static pressure thrust, Seismic “V” Loops will not introduce any thrust loads on the piping system. The unique construction of the braided V-shaped loop creates a flexible product that does not expand when pressurized. A welded-on braid acts as a restraining device, even at extended pressures, yet allows tremendous flexibility. Anchor loads in regard to the Seismic “V” Loops are confined to the relatively small spring forces required to deflect the flexible legs within the loop. Unlike expansion joints, a minimum of pipe guiding is required.

The standard position for the Seismic “V” Loop is in a horizontal pipe run, with the elbow pointing straight down. Positioning is versatile, however, and the loops can be installed in many other positions such as laying the loop horizontal, positioning the elbow straight up, or positioning for vertical pipe run. In installation other than the standard position, EFP can provide a support eyelet to allow a cable or rod to support the weight of the loop and its contents.

Standard Seismic “V” Loops are offered for either 2″, 3″, or 4″ of motion from center-line in axial and offset planes. Loops for even greater motions can be constructed upon request. 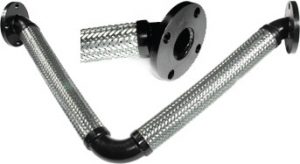 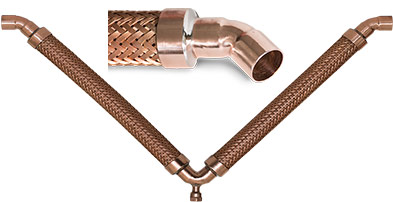 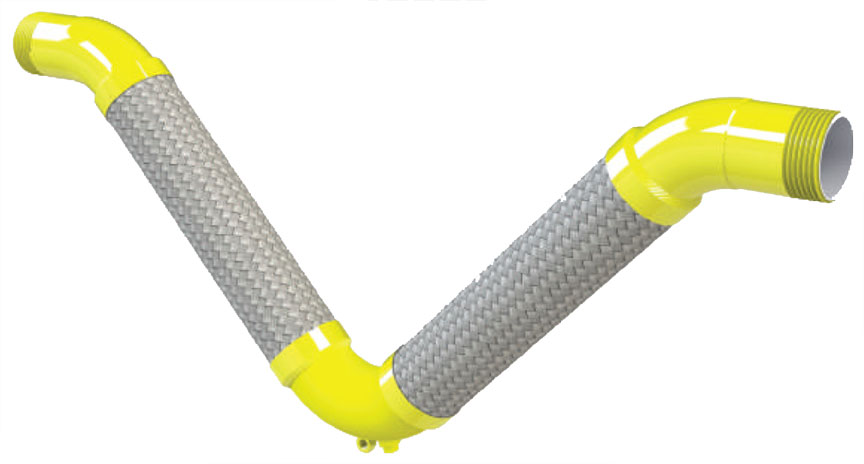 Specified by consulting engineers and building owners and installed by contractors for many years, Seismic “V” Loops solve the problems of pipe motion caused by thermal pipe growth and the unpredictable movements associated with seismic activity. Seismic “V” Loops can perform the functions of large pipe loops or expansion joints, and in addition, can provide protection and flexibility in mulitiple planes during potentially catastrophic earthquakes.